The way to improving human relations is to invest early in one another. If you don’t think adult presence has any influence on teens, think again. 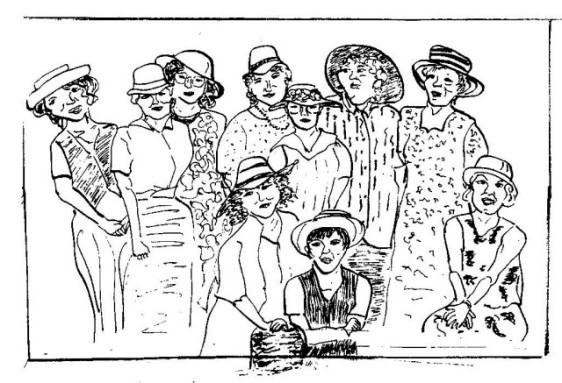 I have a group of women friends fondly known as THE LATTE LADIES and we are a tour de force.

The local high school, attended by all of our children, had an open campus policy for students, but when the staff began voicing concerns about the “student behavior in the surrounding neighborhood” and the neighborhood businesses began complaining to the school about the student behavior and the school didn’t seem to know what to do to improve the situation….well, that’s when the Latte Ladies went into action.

After some research about how other schools handled similar situations, we decided the best way to improve the student behavior was to increase adult presence on campus and surrounding business areas. So, we spoke to the principal who armed us with walkie-talkies and cautioned us about being ‘alone’ when talking with students to avoid “any miscommunication or invite any accusation of inappropriate conduct”… on OUR part.

We all had teens, so we knew that saying things to the students was going to require smiles and positive interaction.

In teams of two, 10 of us set out to walk among the students, basically to greet them; remind them to get the garbage into the can and stroll about the neighborhood, chatting with the business owners to reassure them that mother’s were IN THE HOOD. 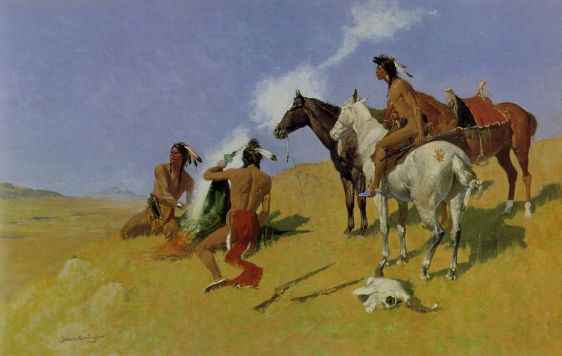 The school had a ‘no smoking’ policy within 3 blocks of school property. One day my partner and I were walking around the periphery of the school. A young woman was smoking, but upon seeing us, poked the cigarette up her sweater sleeve looking a little guilty. She braced herself for what she expected to be a chastising lecture. I asked her, “Did you know why Indians used smoke signals?” She looked completely flummoxed, so I continued, “because they could be seen from miles around. Mind you don’t get burned by that cigarette. By the way, the school says you have to be 3 blocks away from campus to smoke. Better start walking. I walked with her and continued, “Oh, and did you know that smoking is very hazardous for your health?” She nodded and continued to walk. I returned to my POS partner who was chuckling and said, “You know, you just talked her into compliance with your concern for her health. And,” she continued, “what ever made you think of smoke signals?” “Oh, I dunno… it just came to mind when I saw her shove the burning cigarette up her sleeve. All I could think of was that she was going to catch on fire!”

Acting on your Better Intentions

On another occasion as we rounded the corner of the quad, I saw one of my son’s friend about to hurl an apple core at another boy. When he saw me, he stopped in motion…I could watch his thought process debating what to do next…finally, he tossed the apple core into a nearby garbage bin. I hadn’t said a word.

I saw this boy about a week later at my home and he asked me whether I thought POS was working. I asked him, “Bill, remember the other day when you were about the throw that apple core at someone?” “Yes.” “What did you do instead?” “I threw it into the garbage.” “Right,” I said, “and why do you think you decided to throw it into the garbage?” “Because I knew it was wrong to throw it at someone.” “Yes,” I said, “and seeing me gave you an extra moment to decide to act on your better intentions.” “I see.”

On one particular stroll through the school halls during lunch break I came upon a young man chucking tater tots in various directions onto the floor. I walked over to him and said, “You’ll need to clean those up before someone slips on one and gets hurt.” To which he responded, “Who are you?” I said, “You know, I believe in the universal child, and as such, I am your mother.” To which he said, “So, I can call you mom, right?” “Right?” I said, “Right, and as your mother I’m asking you to clean up the mess you’ve made.” “What if I refuse”, he said. That’s when I peered over my glasses and in my most ‘motherly’ voice said, “Oh, you don’t want to make me track you down in class and bring you back here to clean this up.” He had to think about that for a moment and then said, “OK, mom. I’ll clean it up.” “Great. I’ll help you.”

From that day forward, every time I saw the young man, or more likely, he saw me first, he would greet me with, “Hi, Mom.” and I would smile and return the greeting.

About a week before the end of school that year, from across the campus I heard a voice calling out, “Mom! Mom!” When I turned toward the voice, the young man ran up to me with a paper in his hand and proudly announced, “Mom! I’m going to Princeton!!” I smiled at him and said, “I don’t suppose they allow tater tot chucking at Princeton.” “No,” he replied a little shamefaced, “I don’t think so.” I smiled and said, “Congratulations, son. I’m very proud of you.” He smiled broadly, turned and waved good-bye.

I don’t know the end of the story, but I assure you that I smile whenever I think about the interaction with that young man and my heart sings.

Never doubt…positive Adult presence in a teen world is a simple investment that pays high dividends.

This site uses Akismet to reduce spam. Learn how your comment data is processed.

Keeping the Language of Love Alive!

"Love Is Making It's Way Back Home" from Erez Horovitz on Vimeo.

This work is licensed under a Creative Commons Attribution-ShareAlike 3.0 Unported License.

Error: Twitter did not respond. Please wait a few minutes and refresh this page.

© Hide A Heart and HideaHeart's Blog Present-2009 Unauthorized use and/or duplication of this material without express and written permission from this blog’s author and/or owner is strictly prohibited. Excerpts and links may be used, provided that full and clear credit is given to MCatherine and HideaHeart's Blog with appropriate and specific direction to the original content.